Dianabol is the most popular trade name for the oral anabolic steroid methandienone (methandrostenolone). Other trade names you may run into when searching for this compound are danabol, naposim, metanabol, reforvit-b, and averbol. Interestingly, dianabol is one of the few anabolic steroids originally developed purely for performance enhancing capabilities, unlike the majority of anabolic steroids that were first developed for medical reasons, and then abused by athletes thereafter. What's more, it is the most used oral steroid of all time in bodybuilding, and the best known as well with many calling it simply 'd-bol.'

The history behind dianabol is quite interesting. After World War 2, the Soviets were racing the West on space travel and sports, as it was considered a cultural victory on both sides to beat each other and to prove their way of life was superior. The Soviets were winning the Olympic battle in many categories thanks to the help of performance enhancing compounds, leaving Americans behind. However, many American athletes were not thrilled with injecting hormones, so there was a need to create something that was powerful enough, and it could simply be swallowed orally. This led to Dr. John Ziegler, who was the US Olympic team doctor, and Ciba Pharmaceuticals to come up with dianabol - a cheap and effective oral anabolic steroid.

As a consequence, during the golden age of bodybuilding guys like Arnold Schwarzenegger and Sergio Olivia used dianabol by the 'hand full,' and it is said to be the favorite compound for them to use along with deca durabolin. According to most bodybuilders, the best part of dianabol is 'the pump,' which creates a temporary growth of the fascia tissues in the muscles while working out. In simple terms – the pumps are similar to blowing up a balloon.

Unfortunately, due to mounting pressure by the FDA in the early 1980's, Ciba decided to drop production of this steroid, and other trade names of the drug were pulled from the US. Hence, ever since the Steroid Acts were passed, methandienone is illegal in the US without a prescription, but it is still readily available on the black market and overseas.

Dianabol was designed to be more anabolic and less androgenic than testosterone. Therefore, the ratio on paper is about 1[50:50]. Nonetheless, keep in mind that these numbers may not exactly translate into real life. For instance, the fact that dianabol aromatizes so quickly, and so much, totally changes the muscle growth dynamic.

Dianabol is mostly found in capsule or tablet form, but some labs have come up with injectable dianabol, which is way less popular. There is also rare liquid dianabol.

Dianabol's intent was to be testosterone in a pill, so that American athletes wouldn't have to mess around with needles to get the benefits. Thus, it is testosterone with an added double bond at the carbon 1 and 2 positions, which causes it to be less androgenic. It can also pass through the liver without being destroyed because it has a 17th carbon position methyl group addition, making it hepatotoxic.

Like all anabolic steroids, dianabol comes with the ability to enhance protein synthesis, nitrogen retention, and inhibit muscle eating hormones. Thanks to the oral route of administration, dianabol is considered as one of the most fast acting steroids to get these benefits. This has helped grow its popularity among those seeking fast results.

However, dianabol's fast acting ability is influenced by the fast aromatizing features because literally after the first couple days of use you will have conversion into estrogen within the body. This means that you can expect to have poor results if your goal is cutting down.

We all know that estrogen is the primary female sex hormone, and men still need it to function correctly, but dianabol will send your estrogen levels sky high, and will do so quickly. Hence, it is not surprising that dianabol is seen as the king of estrogen issues.

Many forum members will always ask: "what did the old school guys do to avoid estrogen issues?" As a matter of fact, this issue was a major problem during the golden age of bodybuilding because athletes did not have access to aromatase inhibitors, and the ones who were able to get away with abusing dianabol were lucky that they were not prone to estrogenic issues. However, many that you do not see in older videos or in pictures ended up with major estrogen related problems like gynecomastia, bloat, insomnia, and heart related issues. The use of sauna's and 'sweat rooms' to sweat out excess water was implemented during this time. Furthermore, competitors like Arnold Schwarzenegger and Sergio Oliva knew that they would have to stop using dianabol ahead of their competitions in order to allow their estrogen levels to come back down to earth, and let the water to flush out. As a result, by the time you saw them on stage they looked ripped and lean, and their puffiness was kept hidden.

Good quality dianabol should be ran at 15-40 milligrams (mg) per day. This dosage will yield excellent results, especially when used as part of a steroid stack. I have seen guys use 50mg's or more, but this is too much, and it can be counter productive.

Dianabol's half life is only about 6 hours, so dosing it twice per day will work just fine. Some users will dose it 3 times per day, which isn't really necessary.

Detection time is about 6 weeks, making it a poor choice for athletes who are tested randomly with no warning.

The main side effects you need to worry about with dianabol are the estrogen related issues that come with a domino of such problems as heart strain, gynecomastia, and bloating; all of which lead to insomnia and feeling worn down or fatigued.

Additionally, dianabol is hepatotoxic, so you should not abuse it and you will need a liver supporting supplement like N2Guard to protect the liver.

Just like all anabolic steroids dianabol is suppressive. In spite of that, there have been internet guru's claiming that you can run a low dose of dianabol and not become suppressed, which is a complete fiction. You should not use dianabol during post cycle therapy (pct) or during a bridge, and after a dbol cycle you should always run a post cycle therapy with no exceptions.

Users who want to move the weight scale or gain strength quickly will appreciate the results they can get on dianabol, as it is a true bulking steroid. Obviously, everyone is different, but it is common to put on 5-10 pounds of mass very quickly. Nevertheless, it is important to note that this isn't all muscle mass, and much of that is going to be water retention as the muscles fill up.

Dianabol also has a tremendous ability to give the user 'pumps' in the gym during their sets. In fact, these pumps can be so intense, that users have complained about not being able to run even a mile without their calves feeling like they are going to explode.

Dianabol should be stacked with an aromatase inhibitor (AI) like aromasin, or arimidex. Some users will stack it with a dry oral compound like proviron or turinabol to counteract the water retention. Yet, using these dry compounds is not enough for on-cycle estrogen control, and aromatase inhibitors should be used for that.

Where dianabol truly shines in the steroid stack world is as a frontloader in an injectable cycle. Hence, if you are running a 12 week cycle of injectables, using dianabol the first 4-6 weeks will give quick results to the impatient users.

Since dianabol is anabolic and has androgenic properties, it can stack well with just about every anabolic steroid. However, if you are prone to estrogenic problems, you may not want to stack it with other aromatizing compounds like testosterone or deca durabolin, otherwise the water retention can get out of control.

Dianabol is one of the cheapest steroids in existence, and many sources will use it instead of more expensive orals like turinabol, proviron, or anavar to overcharge people. In fact, I took a look at one well known source to see how much it was selling for, and you can buy a 6 week cycle's worth, dosing 30mg's a day, for only $50-90 or so.

Females should not use dianabol as it is too androgenic, and has too many side effects. 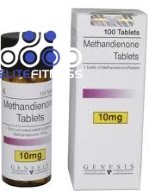 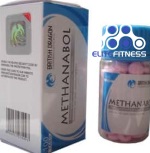 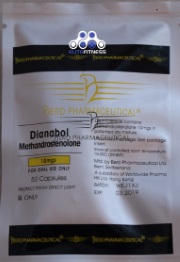 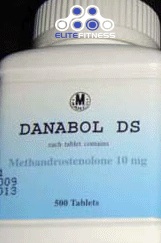 Want to read about dianabol on our forums? Check out the views of 300,000 members on dianabol...