Van Damme's full name is Jean-Claude Camille Francois Van Varenberg. He was born in 1960 in Belgium, and is the son of a florist and accountant. His father put him in Shotokan karate school at 10 Jahr alt, and he learned kickboxing. He also studied ballet for 5 years as a teenager, and he credits this to giving him a unique advantage of balance and endurance. Weight training was also something he did to get his body stronger, and he was so talented that he won the Mr. Belgium bodybuilding title. Bei 18, he already earned a black belt in karate and also worked on Taekwondo and other martial arts like Muay Thai.

Im 1988, he would break out with a role as a US Army Captain who fights for his mentor in an illegal Hong Kong martial arts tournament. The cheesy and predictable script was a big hit because Van Damme was both good looking for the ladies and exciting for the men. The movie would earn $70 million vs. ein $2 million budget and make Van Damme a sought after action star. 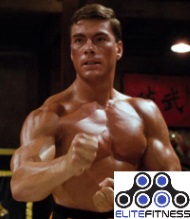 Danach, Van Damme was offered multiple movies to star in but chose Cyborg, which was universally panned due to poor acting and plot. The movie was extremely low budget but still made about $10 Mio.. Another movie he played in that did well was Kickboxer in 1989. It made $65 million worldwide on a $3 million budget. One critic called the movie "The dumbest action picture of the year," and other critics lambasted Van Damme as a 'low budget Arnold Schwarzenegger wannabee' who simply cannot act.

Action-Fans würden den Film lieben., und es endete, brechen die $100 Million Barriere, so dass es offiziell einen blockbuster. Im 1994, he starred as a time-traveling cop trying to save his wife in the movie "Timecop", which topped $100 million and was his highest grossing film. 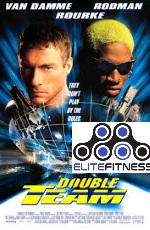 Van Damme was only 18 when he was crowned Mr. Belgien, and it was likely he was using steroids from a young age and throughout his adulthood, to maintain his amazing physique and recovery. We can speculate his steroid stack would have looked like this ahead of an action movie during his peak years in the 90's: