Profilo
Zinc is a metal and essential trace element. People are under the false impression that zinc isn't important unless your immune system is under stress. Niente potrebbe essere più lontano dalla verità. In realtà, this mineral is necessary for proper daily functions of the body, including hormonal production, digestion, crescita, riparazione, and fighting disease. 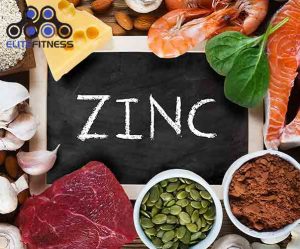 Zinc works by fighting free radicals and reversing the aging process. It is one of the most-important antioxidants, and those who are deficient have been linked to heart problems, infertilità, low testosterone, and diabetes. Zinc deficiency can be found in people who eat a lot of processed foods and not enough whole foods, thus posing a major health problem. This is why those with low zinc tend to get sick a lot, feel tired, and can't recover mentally and physically.

In addition to what was already mentioned, those with low zinc may have hair loss, changes to tastebuds or smell, appetite cravings, stanchezza, weight gain, poor memory, and nerve dysfunction.

Come già accennato, zinc has been linked to improvements in the immune system. It does this by interfering with mucus and bacteria in the nasal passages, while also having an antiviral effect by attaching to nasal receptors. This is why you see zinc over-the-counter remedies, which should be taken at the first signs of a cold. Research shows that those who take zinc have a shorter duration of their sickness.
Zinc is also an anti-inflammatory, which is important to fighting off cancer and tumor growth.

Many mistakenly assume that oysters are aphrodisiacs simply because of their texture. però, their aphrodisiac status is actually due to their zinc content. Zinc raises testosterone levels when a person is under stress or deficient; this is why it will help during post-cycle therapy (PCT).
Zinc also plays a role in regulating estrogen and helps with the prostate. It can be utilized on a steroid cycle for the latter reason. We also know that zinc helps with fertility and testosterone levels, according to the Department of Internal Medicine at Wayne University.
For overall hormonal health, you must make sure that you’re getting enough zinc!

Zinc can be consumed by eating a whole food diet, including seafood and meat. Assuming you abstain from animal products, then you can get it from supplementation. 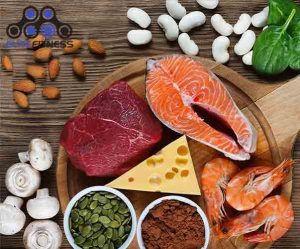 You should never consume too many minerals. Those that take in too much zinc could experience problems like metallic taste and stomach problems.

Where to buy and when to use

Zinc should be run as a stack with other supplements for best results. HCGenerate ES has 7mg of Zinc as well as more than a dozen additional ingredients. You can purchase it from N2BM.com. 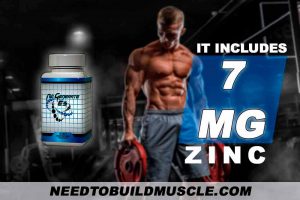 It is very important to run HCGenerate ES, especially during post-cycle therapy. PCT is when your body needs the most help from zinc to keep it strong and help offset low testosterone. Using it on cycle is a bonus, as it will offset the problems associated with anabolic steroid use.