Thousands of years of use have made Ginseng one of the world’s oldest supplements. Este Dia, it’s widely used by athletes and bodybuilders on steroids in order to help improve the steroids’ effectiveness, while at the same time mitigating some of the possible bad side effects.

En este articulo, you’ll learn how to find legit Ginseng, that’s high in ginsenosides, and incorporate it to your steroid cycle. The addition of ginseng to your cycle will give you great results from the steroids you’re already using and help keep toxicity low during the cycle. For post-cycle therapy, it can help you recover much quicker than without. Keep reading to learn how to properly harness the power of this ingredient to build and keep lots of muscle mass while on cycle. 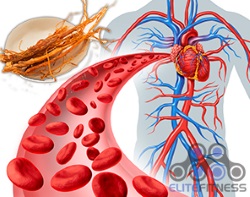 Another way it works is by stimulating gonadal tissues and your CNS (sistema nervioso central). It’s the ginsenosides that are the secret, which enhances the conversion of arginine to nitric oxide, which helps with the pump and shuttling what you need into muscle cells. This really inexpensive herb enhances the way your steroids work by just helping your muscle cells get more blood, thus carrying more of everything they need to grow large.

A Korean estudio performed in 2002 found that the majority of men who use ginseng had an improvement in their penis erection strength. They stayed harder, for longer. 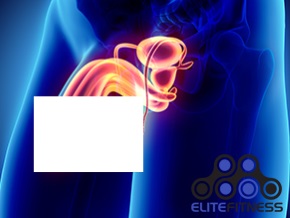 Some steroids may have the unfortunate side effect of making it more difficult to gain and maintain an erection. Some bros have even reported that it takes forever to get hard again after an orgasm. This problem has been reported mainly with steroids in the 19-nor family, como Nandrolona (Deca durabolin), Winstrol, and even Trembolona a veces. Ginseng has gained popularity among bodybuilders who are trying to avoid this embarrassing problem, because it can be taken right along with steroids or Post-Cycle Therapy drugs.

A study performed on 66 men tested their LH, testosterona, FSH, and prolactin levels — all of which play a huge role in HPTA health. If these hormones’ numbers are in the wrong direction, you’ll have lower libido, struggle to get stronger and add muscle, and have a tough time losing body fat. 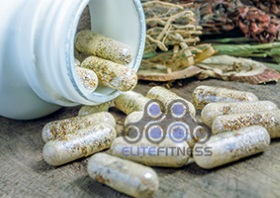 The study found that taking ginseng will porque improvements in LH, FSH, and total testosterone levels. This means the pituitary gland and testicles function better thanks to ginseng. Taking ginseng during the cycle should help prevent suppression, while taking it during Post-Cycle Therapy helps you recover much more quickly and makes it easier to keep mass gains from your cycle.

A rodent estudio was also performed to see if ginsenoside, the active ingredient in ginseng, helped with libido. This type of study would be much harder to conduct on humans, so pay attention to the results here. The male rodents not only had a rise in testosterone levels, but they also were mounting more. And when they did have sex, there was more pelvic thrust observed. It basically turned the rodents into sex maniacs.

For this purpose, I highly recommend HCGenerate ES. This supplement contains a full 125mg of high quality Ginseng per serving and rates at over 80% potencia, which is the highest concentration of Ginsenosides you can get your hands on today. Not only are you getting the only Ginseng on the market that’s 80% standardized for ginsenosides, but you’re also receiving over a dozen other very powerful ingredients in this product. You can purchase it at n2bm.com.

The recommended way to use HCGenerate ES is 5 capsules a day with food, on cycle, durante el PCT, during bridge, or even as a stand-alone. Guys also enjoy using it 1-2 hours before sex or exercise for an added boost in performance.

Want to discuss HCGenerate ES on our foros? leer en: